The ideal mix between moving and correcting

The DYNCO is the first fully dynamic orthosis (also called spalk or brace) in the world for children with clubfoot as part of the Ponseti treatment method. The DYNCO (a acronym for DYNamic Clubfoot Orthosis) allows all movements of the feet, so rolling, crawling and even walking are just possible, while a clever spring causes the feet to be rested to the desired position for treatment.

Clubfoot orthosis during the growth

The DYNCO is available in four sizes. With the growth of the child, the feet must be further separated. The feet should be kept about shoulder width. Therefore, a larger DYNCO is required. In addition, the child’s strength increases with growth. Therefore, in each consecutive DYNCO there is also another (stronger) spring, so that there is a good balance between allow moving and correct when possible.

The DYNCO can be combined with Markell shoes and Semeda shoes. 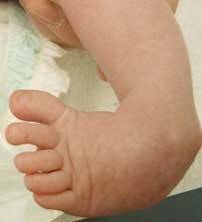 Check out the following video:

There is an active group of parents of children with clubfeet. Also check their Dutch website www.klompvoet.nl. There is a lot of useful information to be found 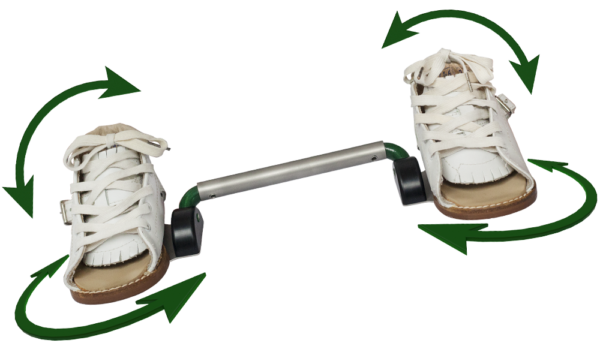 The DYNCO is Ambroise’s dynamic clubfoot orthosis. This splint can be used as part of Ponseti treatment. The Ponseti treatment usually starts very soon after birth. After a series of casting remedies (with the use of casting correction, the foot is moved to the desired position), often followed by an operation where the achilles tendon is cleaved. After this operation, the child must wear an orthosis (brace or splint) for about three months, 23 hours a day. Afterwards, this brace must be worn as a night splint until about four years of age.

Goal of the orthosis

Goal of the orthosis in the treatment of Ponseti is to keep certain internal structures around the ankle and foot of the clubfoot tight so that during the growth there is a better balance between those structures (eg the achilles tendon) and the structures that are being relieved by the splint. To achieve this, the feet must be spaced apart, approximately on shoulder width. In addition, they must be turned outside (exorotation) and tilted outwards (abduction). Also, the feet should be raised slightly (dorsiflexion)

A controversial solution to reaching all of this is a Denis Browne spalk. That is essentially a bar that secures the feet to the desired position. The disadvantage of this orthosis is that it is static and rigid. With other words, there is no movement of the feet in relation to each other. This impedes the mobility of the child (and his motor skills). In addition, during sleeping it is very annoying, especially if the children have learned to turn around and sometimes lie down on their side.

Allow movement and yet correcting

To do something about these problems, Ambroise has developed the DYNCO. The DYNCO has a patented system that allows the feet move independently of each other. However, these movements are all controlled by carefully balanced spring. As a result, the feet return to the desired correction position. This creates an ideal mix between moving and correcting. If the child is active, it can crawl, tiger crawl, roll over, twist and later make even some steps. During rest, the smart spring construction pushes the feet back into the desired position, just take a look at the following videos: 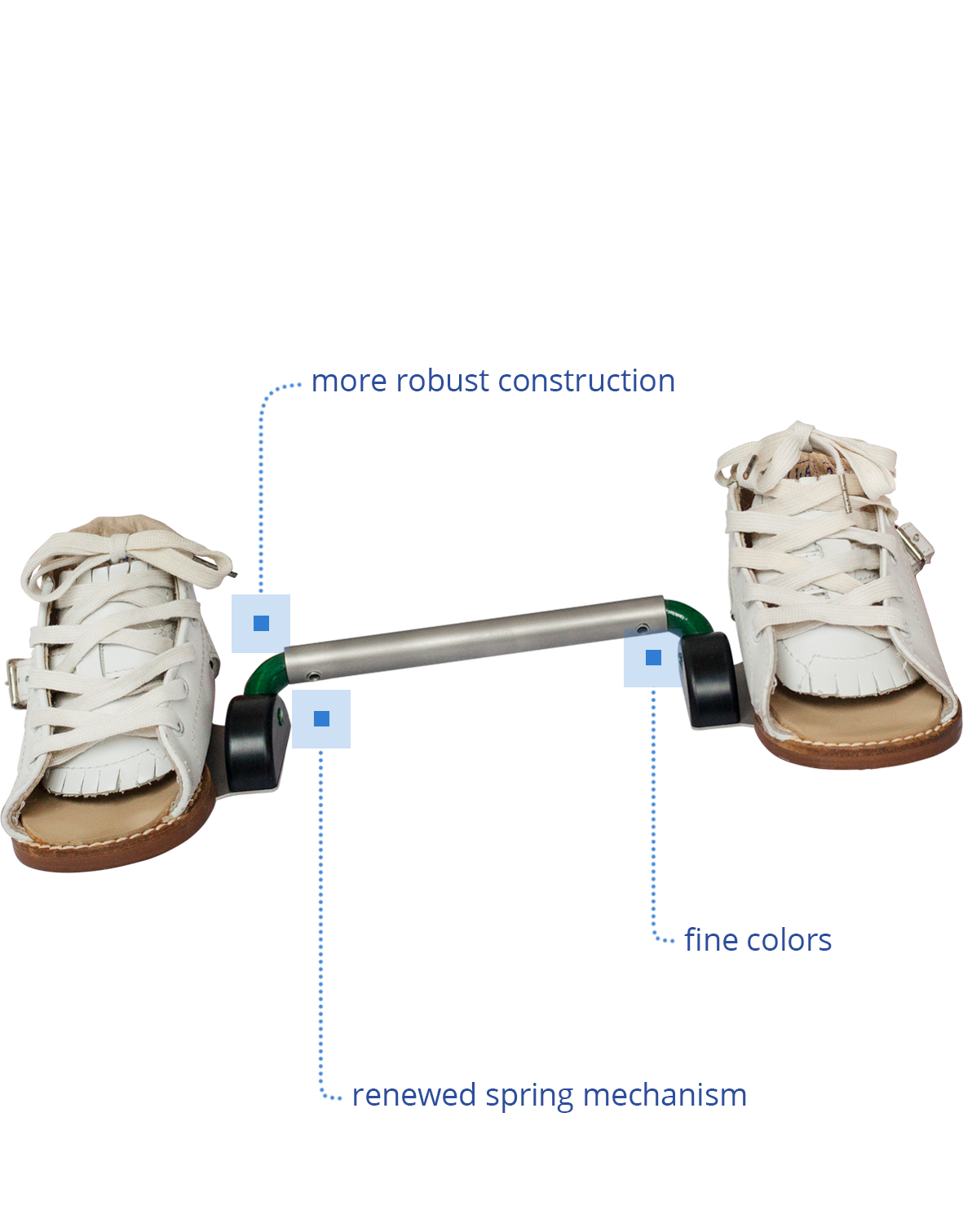